THE PLIGHT OF THE TIGER

Recognised as the 9th subspecies in 2004, Malaysia’s very own Malayan tiger is found only in the Malay Peninsula and is critically endangered. With a population decrease from an estimated 3,000 in the 1950’s to about 100 at present*, the Malayan tiger- the national icon of strength, beauty and courage- is on the brink of extinction.

Threats to the survival of wild tigers are mounting. Globally, the tiger has lost 93% of its habitat and it is targeted by poachers. A world without wild tigers may become a reality in our lifetime unless drastic measures are taken.

The time to save them is now or never.

The Malayan tiger needs protection in the forests and support from concerned citizens in Malaysia and around the world. We need more people to join the fight to save our tigers NOW. 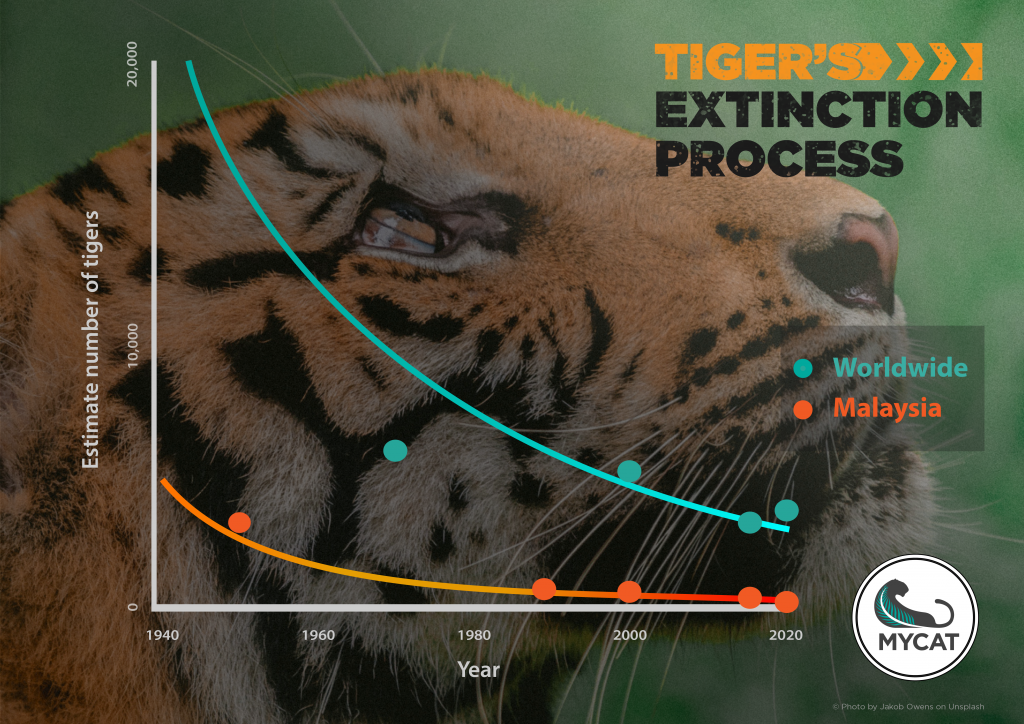 A citizen conservation programme that allows members of the public to be directly involved in the protection of tigers, their prey and habitats.

Empowering members of the public and engaging local communities to be the stewards of tigers and their forests.

Working closely with the federal and state governments to improve polices and practice to better protection of tigers, their prey and habitats.

Action oriented programmes to spread awareness on how to play part in saving tigers.

Everyone can play a role in tiger conservation effort.

An anti-poaching, anti-deforestation guided walk at a critical tiger habitat. While enjoying a hike through the forest, your will keep your eyes on illegal activities and signs of endangered species. 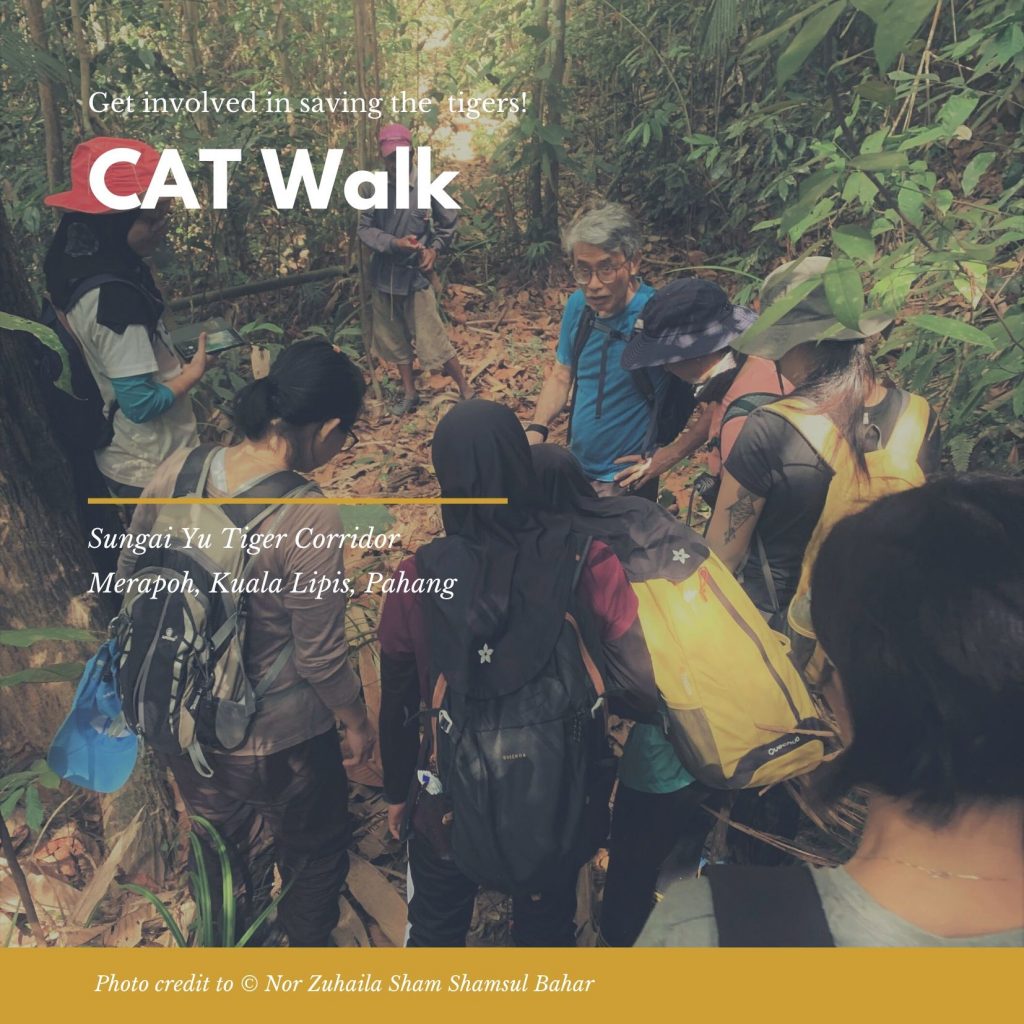 Shop For A Cause

All proceeds will be channeled to protect tigers and restore their habitats and prey species. Your support will enable MYCAT to continue empowering citizen conservationists and engaging local communities through Citizen Action for Tigers (CAT) program.

Your contribution will support the effort to give tigers a better future.

PRESS RELEASE 22 March 2022, Kuala Lumpur: This Year of the Tiger International Day of Forests, MYCAT wishes to celebrate Malaysia’s natural forest that is

Crowdfunding Protect the Malayan Tiger and restore its habitat To our wonderful and dear supporters, I hope this note finds you in good health and

Appeal letter A gift of hope to the Malayan tigers To our wonderful and dear supporters, It continually upsets us when news concerning Tigers and

MYCAT is the alliance of the Malaysian Nature Society, TRAFFIC, Wildlife Conservation Society-Malaysia, Wildlife Society of Selangor and WWF-Malaysia, supported by the Department of Wildlife and National Parks Peninsular Malaysia for the recovery of wild tiger populations.